Ever wanted to sit down and make a song in a few minutes and move on to the next song or idea? The Roli Songmaker Kit is great for doing just that. However, the real question is, how practical is this instrument on the big stage compared to other MIDI controllers and other instruments that do similar? 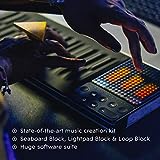 Roli came out with the Seaboard Rise MIDI controller not too long ago and this controller has had the community talking. Let’s take a look where we think this sits as an instrument.

The Roli Songmaker Kit is an advanced MIDI controller that was created to give the musician a new experience with creating music.

This was built to give musicians the freedom of being able to create where ever they are and whenever they want. The accessibility is great with this instrument and it is fairly easy to use as well.

When you’re picking out an instrument that is also a MIDI controller you want to make sure it works well with the major DAW’s. There is nothing more frustrating than an expensive piece of gear that doesn’t work properly. What is crazy cool about this instrument is that it completely different in the sense of the keys.

When I saw this in guitar center I immediately was drawn to it and I ended up spending a couple hours playing on it because it was new and exciting.

Having something new and exciting for a musician is always important because you never know what the music producer is going to think when they first see and play on something like this. As a musician, I am always drawn towards new technology and newer features.

Using The Loop Block On The Roli Songmaker Kit

The loop block allows the musician to fully take control and launch tracks and even record. You can connect this via Bluetooth or physically as well.

I like that there are multiple ways to play this keyboard and that is one of the more fun things about it. This keyboard is meant to take people away from the classic way of creating music and it is meant to offer something different and fun to dive into.

When comparing these two instruments to me this comes down to functionality with the DAW’s. The Songmaker Kit has some functionality problems with certain DAW’s and because of that, I would pick the Seaboard Rise over it. I know a lot of musicians like the Rise because it works very well with Ableton. The Songmaker doesn’t play as well with Ableton as the programming gets a little bit more tricky.

What Types Of Musicians Would Like The Roli Songmaker Kit?

I would say casual musicians who are looking to experiment with music in their free time would find themselves having a lot of fun with this instrument. I don’t think this is a gimmick instrument, I just don’t know if I would put it up against some of the high-end MIDI controllers on the market today.

What’s In The Box?

Personal Background With Keyboards And Controllers?

I come from a piano background where I have played and studied music for 20 years now. The last 5 years of my life I have been playing in a touring band that is signed to a major record label. When I review products I do it try and inform musicians on what I have tried and what has worked for me. When I started touring I didn’t have anywhere to look at unbiased reviews so that is exactly what you get from my reviews.

Equator is a VST that is included in the kit. This VST is designed by Roli and it is my favorite VST they include with their product. While it is pretty easy to use, I don’t think it compares with the bigger VST’s out there right now.

This doesn’t mean it’s bad, it’s just not my taste as I don’t find the sounds and experience of creating synthesis to be as exciting on this VST. With this being said, it is still a nice VST to have included with your product for free as it it normally rather expensive.

What I did like with this VST is that it comes with 3 different oscillators. I think this is rather easy to use and kind of similar to Sylenth when it comes to modifying synthesizers. In the end, you want something that gives you control and this does do that pretty nicely.

Like I said, you can use this MIDI controller just like musicians would use any MIDI controller, I just don’t think as effectively. I would recommend you check out the Seaboard Rise as its MIDI functionality is solid. 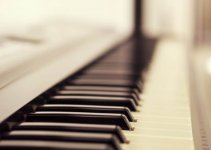 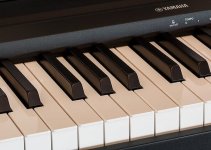 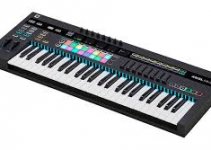 Hello there! My name is Chris and this is a blog where I love to review all things keyboards and music industry related. On my website, you will find in-depth reviews on the latest MIDI controllers, digital pianos, keytars, and insight into the music industry. I have been playing the piano for over 20 years and I have been experimenting with MIDI controllers for about 5 years now. I have been hooked on learning more about keyboards because I find them incredibly interesting. About 5 years ago I started touring with my band so I like to share as much insight as I can when I do all of my reviews. Because I have been able to tour, I thought it would be a fun idea to share all of my knowledge I have gained over the years in hopes of helping others.