How To Become A Tour Manager For Bands – Pro Tips

We’ve all been to concerts to watch our favorite perform. A lot of times people don’t understand all of the work that goes into setting up a tour.

A tour manager is one of the most important jobs of the tour and it also is the most authoritative jobs on tour.

My experience in this field is I have been touring in a major label signed band now for the last 5 years. I have tour managed tours as well as done merch for us when we were starting out. You begin to respect all that your bands crew does for you when you spend some time doing their jobs.

What Is A Tour Manager? In simplest terms, a tour manager is a person who makes sure everything goes as planned while bands are on tour. This goes from; getting to the music venues on time, advancing shows to the venues, settling payment with the venue at the end of the night, keeping the band happy preventing them from doing stupid things, booking hotels, handing out per diems, setting van calls, organizing interviews, sending expense reports, setting up the day of show, booking flights for the band and crew, and making sure the show goes on as planned.

How Do I Become A Tour Manager?

Networking is probably everybody’s least favorite part of this job and just for in the music industry in general.

With that being said, the more bands and crew members you meet, the more of a chance you have getting into this field. I’ve seen first hand so many people get jobs just from having friends in the industry or from having knowledge of instruments.

If you’re curious to read articles from a tour manager herself, you can check out the sconniegirl blog. I often enjoy reading different articles from here.

How To Advance A Show For Bands

This is one of the most important jobs as a tour manager. The first thing you will be doing is getting the venues contact information from the booking agent of the band or whoever booked the show. You will then reach out to the venue’s production manager to advance the show.

Things To Include In The Advance

Arriving To Venues On Time

Sounds easy and simple, however, you’re dealing with traffic on freeways that you’ve never been to before. Always add on an hour for stops for every 2 hours you are traveling.

Your band will want to stop often to pee and eat while being on the road for days on end and this is normal. If you have a 4 hour drive travel time, I would budget at least an hour and a half for stops and gas.

Pro Tip: Always have gaff tape with you, you never know when you will need it. You can read my article that is about the best gaff tapes available.

How To Do Per Diems For Bands

All bands are different and a typical per diem for a smaller signed band would be $10-20 a day per person. Some bands prefer to do this in cash while other bands use Venmo.

Take Control, But Also Be reasonable

Your job as the TM of a tour is to be the leader of the tour. Now don’t just take this as a power trip and start commanding people around because the band still is in charge. You’re just meant to make sure the show runs smoothly and your band has everything they need. You basically want to make your band happy and keep them on track.

The main thing as a TM is to keep the stress off the band and to deal with all of the day of show errors that pop up. This is an extremely stressful job and isn’t as easy as you would think it is. You are pretty much working non-stop depending on how much stuff your band is doing.

Try to learn as many different jobs as you can as a TM. This makes it so you can ask for more money and will ultimately result in you getting more tour offers. For example, learn how to do merch, learn how to tech and if you know how to drive a van trailer that’s also a plus.

Have you ever tour managed or do you have any experience touring? What do you agree and disagree with from this post? 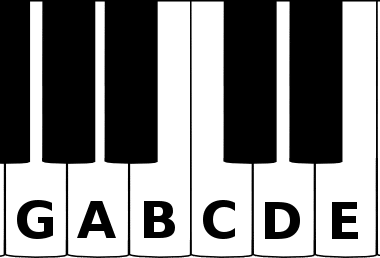 Read More
The G Major scale is an inviting key that is easy to navigate on the piano. It is…
Read More 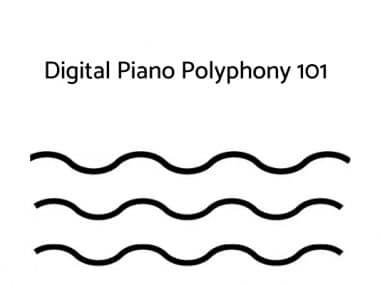