Italian piano pieces are often songs that the general public has heard, yet can’t name. I think these types of songs are great to know how to play and to know just in general.

The purpose of this list is to educate you on pieces that you could learn for recitals or maybe your next trivia. I believe that you will be surprised with the songs on this list and not know that they’re Italian pieces.

If you’re here to learn some Italian piano songs, I have linked Youtube videos next to each song on this list. These songs are different difficulties and it’s important to know what level you are at.

Below are my choices and I believe that these are all picks that you will enjoy or hopefully be familiar with.

This piece is a song that I’ve personally heard hundreds of times, yet I never knew the name of it. Tarantella Napoletana is the tarantella associated with the Naples region.

You have most likely heard this in movies, tv shows, commercials, or maybe even on the radio during commercial breaks. This is a good beginner’s classical piano song to learn in my opinion.

If you’re curious and want to learn this song, I would recommend starting with the right hand first for beginners. Once you get the riff down, it should together nicely.

The William Tell Overture is the overture to the opera William Tell. This is a faster song and I would bet that most people have heard this song at least once twice in their lives.

It’s a song that in a major key and it has a very uplifting feel to it. This song has been copied and used as a parody in a number of different re imaginations throughout the years.

The Bella Ciao is a fairly easy song to learn for pianists. This song is in 4/4 time and there’s not much that’s too difficult about it.

An interesting fact about this song is that it was revived in the 1940s by the anti-fascist resistance movement. This is another Italian piano piece that you have most likely heard before.

This is a great song to practice your pedal skills by using a sustain pedal.

This song was written in 1771 by Luigi Boccherini and it was published in 1775. It is a famous piece that many students learn during their piano journey.

The third movement of this song is arguably the most famous as it has been used in a wide variety of events. During this movement it moves from the key of E Major to the key of A Major.

This song is a beautiful piece that has a lot of character and dynamics to it when performed correctly.

This beautiful Neopolitan song was composed in 1902 and published with words in 1905. I actually learned this piece a number of years ago after hearing it in a movie.

I believe that this is a great piece for students to take up as it has some really pretty chord progressions in it. This song reflects on the a beautiful city and its surroundings and it holds a very strong tradition.

Sonata In A Major – Domenico Scarlatti

Domenico Scarlatti was one of the most famous Italian composers and this particular sonata is one that have most likely heard, yet don’t know the name.

A Major is a beautiful key and one that I frequently write in. I’ve always just really liked how the chords in that key sound with different progressions.

These are 6 of my favorite Italian pieces that you can learn on the piano. I hope that you found this list exciting and interesting. 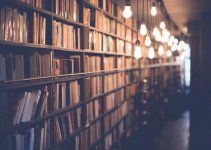 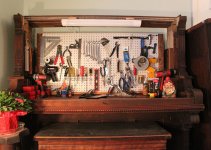 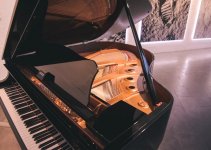