Hip hop is without a doubt the most popular music genre in the world today. It has been rapidly influencing all genres including country, alternative rock, pop, and even metal. For this reason, I wanted to breakdown some of the best chord progressions for hip hop.

I have been writing songs for the last 10 years myself, and I’ve been a pianist for 20 years with a strong improvisational background.

Aside from my own background, I wanted to take a look at some of the chord progressions being used in modern hip hop in order to give you a better understanding of what is working in the world today.

One major difference in songwriting in the hip hop world is that you see far less 4 chord chord progression songs. The main reason for this is that some beats sound great with minimal chords.

Something about modern music production is that it has been dark lately. A few years back, songs were a lot happier sounding and the reason for this has to do with the chord progressions.

Learning a few solid chord progressions that work well for hip hop will greatly expand your production game and help give you a much better understanding of music theory.

Before I get into the progressions, I want you to understand what you’re looking at, so let’s do a quick summary of major and minor chords and their roman numerals.

If we start with C Major, we know that there are zero sharps or flats, so the chords and their roman numerals are as followed:

Here are what the chords look like if we start on the minor i:

If you’re new to beats and looking to get started, check out my guide to the best MIDI Keyboards for beginners or my guide on the best keyboards for hip hop music.

While this is only 2 chords, millions of beats have been made with this simple chord progression. To create this, you simply take the minor i of a progression and then play the major V.

For example, if we are in a minor, we play a minor(A,C,E) followed by E Major (E,G#,B). This chord progression is dark and it is a progression that Dr. Dre has used many times.

You can make some great beats with these two chords with a little experimentation.

The notes are super simple as well being (C,E,G) and A,C,E). This is a progression that works really well between 70 & 120 BPM or beats per minute.

This progression is a little more difficult as you start on the major 6 of a minor key. For this example, the key is d minor. You walk up 6 notes, and because there’s one flat in d minor (B Flat) you reach the Bflat major chord (Bflat,D,F).

From there you play the minor one of the key which is d minor (D,F,A).

This is a classic progression used in many old school hip hop tracks and it is one of my favorites. If you’re into darker sounding music, this will be perfect.

This is a very popular progression that has been used for a long time in hip hop & pop.

A song that comes to mind with this progression is the smash hit, “Paper Planes” by MIA.

This is a very popular progression that you can write countless melodies over for hip hop. It was very common to a progression The Chainsmokers would use for pop.

With that being said, we add the last chord ( F#Major) to darken it a bit.

This progression is huge right now. The E minor to A minor works for a ton of hip hop songs and it’s a lot of producers go to.

You will notice immediately that this progression and variations of it are all over current hip hop tracks.

I hope you found this guide to hip hop chord progressions interesting and you are able to put these to use!

Let me know if this was helpful below! 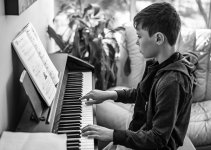 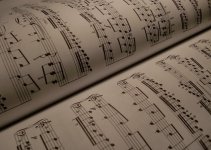 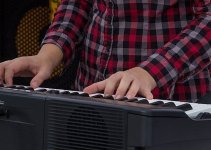